Tame the risk of terror now

Australian businesses should adapt their existing emergency systems as soon as possible to include protection against the worst consequences of a terrorist attack on themselves or a critical supplier, according to a supply chain expert. 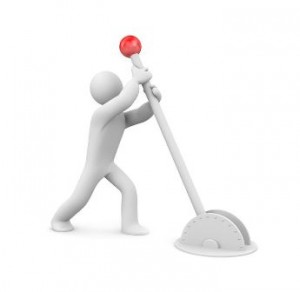 But he has a strongly optimistic message for companies while they are doing it.

“Terror in business terms is only another emergency,” says Mr Rob O’Byrne. “It can be very successfully dealt with if you are ready.

“In fact terror is the least of what Australia’s essential services have always had to deal with – traditional emergencies such as fire, floods, industrial action, and even huge extortion demands.”

“The only difference between them and terrorism is terror itself. And terror seems to be most successful in Third World countries. In Western society it tends to unite populace and government against the danger.”

“Australia’s traditional dangers are far more credible threats to our industries and we know we already have highly effective risk management procedures which can handle them.”

“Disruption to the supply chain of goods or services or information is the enemy common to all threats to business.”

Mr Rob O’Byrne is managing director of Logistics Bureau, an Australia-based international supply chain consultancy, and he lists the six areas which are most vulnerable:

Emergency systems should focus directly on how to deal with these situations and eventually to neutralise their effect and restore full production whether you are a financial centre whose product is services and transactions or a manufacturing plant such as a bakery turning out millions of loaves a day.

On IT data back-up systems Rob O’Byrne says: “Transaction information and product information are the essential data for back-up and you need to practise not only the backup process, but using your recovery systems as well.

“Many businesses were up and running again the day after New York’s Twin Towers disaster because their fallback systems were not just in place, they were well-practised.

“You can have a warm site – where constant back-up of client information goes on – or you can have a hot site where people are actually working. Either way the agenda is similar:

“The reassuring thing is that such procedures are already commonplace when large companies replace or update their data systems. So there are plenty of experts available to help you.

“You also need alternative numbers and courier arrangements in place in case your phones go down.

“To deal with loss of physical product one could consider holding popular or critical products at multiple sites but this is a costly option. Flexibility in production capacity or utilising toll production is a much better option”.

“There have been suggestions overseas that companies should invest in new regional warehouses and inventories and reduce their dependence on modern low-inventory distribution principles.

“I see this as far too expensive an exercise for ‘just-in-case’. It equates to not using the Harbor Bridge in case it gets blown up”.

“The practical answer is to think through potential disasters to your organisation and then to execute plans to cope”.

“In the event of a facility being put out of action have a plan to switch to another facility. That may raise the question of working three shifts instead of two. Which in turn asks where you will find the extra people to do that? And does one need to have council permission in place to work the extra shift?

“Council permission in the middle of a crisis? You’d better believe it! Residents 20 kms from ground zero want to sleep at night not have trucks and machinery running.

“The problem of transport interruption was demonstrated in Sydney only recently when its freeways were temporarily closed as the city was encircled in a ring of bushfires.

“So one’s emergency plans should consider how one would get through a much longer closure. That means having alternative routes in place and lists of contingent extra delivery crews.

“It’s all a quite daunting prospect but once your systems are in place a lot of the terror has disappeared. Indeed, except for those unfortunate enough to be caught at ground zero, terror becomes the least of the fight-back process.

In planning for emergencies…

In business terms terror is just another form of emergency and from a logistics standpoint it can be very successfully dealt with if one is ready.